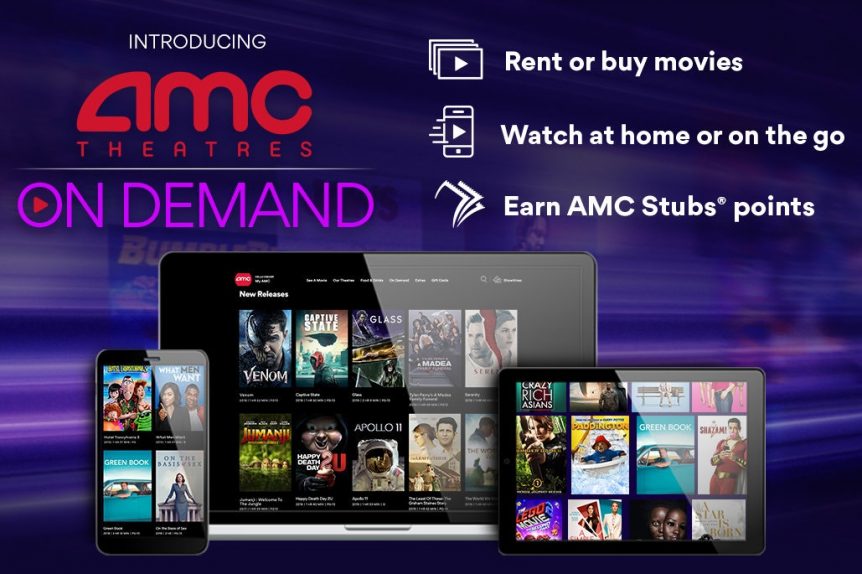 When AMC Theatres On Demand was recently announced – giving consumers the option to rent and buy films for viewing at home – it was significant for two big reasons: it was the world’s largest movie exhibitor and while there are a few theater chains in other countries that operate on-demand divisions,  it was the first major exhibitor in the United States to do so.

Worth also noting is that Hollywood’s five biggest movie studios — Disney, Warner Bros., Universal, Sony and Paramount — have made deals with AMC for catalog and new-release movies. Their iTunes-style store offers roughly 2,000 films for sale or rent after their theatrical runs, just as iTunes, Amazon and other VODs do.

The streaming world is already red hot and this news just adds heat to the fire. The move further signals how much streaming itself has shaken up the “full-stack” of Hollywood, from concept to production to distribution and consumption.

Despite years of the movie theater industry being at odds with the online video world, the two worlds are merging or colliding at a pace few could have predicted, and it will continue with a dizzying pace.

One reason for this is exhibitor’s leverage. AMC alone has a loyalty membership base of more than 19 million and will capitalize on that. Amazon does the same with its 100 million Prime members, offering them access to video content via Prime Channels, and Redbox leveraged its 27 million Redbox Perks members for the launch of its Redbox Digital in 2017.

The amount of daylight between the movie industry and the streaming world grows smaller each day. One example: the “windowing practice” of films playing in theaters for an exclusive period (roughly 90 days) has been openly flouted by Netflix, which has been launching films simultaneously in theater and via VOD. Stay tuned, as the lines continue to blur and hopefully the increased competition and consolidation will spell better offerings, bundles, pricing, choice and convenience for consumers.