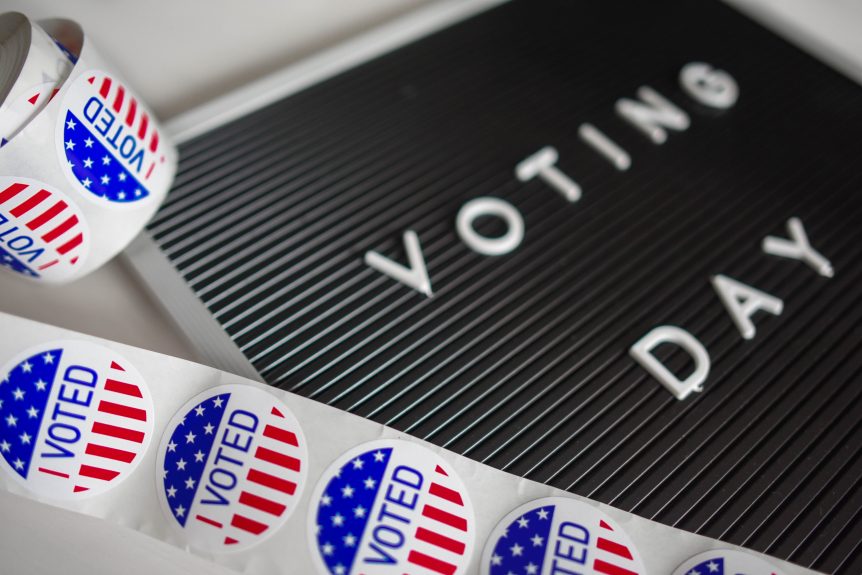 Political marketers are some of the most sophisticated advertisers. Period. Each political candidate has a specific story and vision they’re trying to sell to the American people. Entertainment marketers could afford to take a page or six from their digital advertising playbook.

Think about it: The last time you voted, what made you compelled to give your vote to that specific candidate? You likely knew their backstory, values, and vision for the future. And most of that came from the narrative they weaved into their advertising and then pushed during their campaign. Couple that with the delivery — you saw a social post or a video ad on your favorite site, and the message, CTA, and user flow was crisp and relevant — and they’ve got it down to a science.

Political advertising is smart and effective — and it has lessons for every marketer, including those in entertainment.

Put your political biases to the side and check out five ways entertainment marketers can take a page from their political counterparts’ digital advertising strategy:

If you want people to engage with your brand’s story (and complete the proper call to action of your ad!) you need to make sure your vision speaks loud and clear.

For example, Alexandria Ocasio-Cortez’s ‘The Courage to Change’ ad does just this: She starts her story by explaining her roots in a community of oppression, establishes herself as a listening member of the community and then presents the question of, “Who’s going to make change — and what will it looks like?” Her answer includes medicare for all, tuition-free public college, justice reform and more.

If you can’t sum up what your brand’s calling is in your ad, you might as well forget capturing your audience.

If you want to connect with your audience, you first need to tell your brand’s story. What’s at stake? Why should viewers care?

Ron DeSantis, the newly elected Florida governor, spent much of his time telling a very specific story. In DeSantis’ ‘Casey’ ad, he’s aiming to speak directly to one audience: Trump supporters. Trump’s name is repeated multiple times throughout the 30-second ad, and also features the “Make America Great Again” slogan. That’s the story of this ad — that he is just like President Trump. He capitalized on Trump’s strong standing in Florida to take home the victory.

Even in the digital space, there are opportunities to tell stories. This can be through campaigns that target returning users, or keeps new ones engaged down the funnel. Get creative to connect with the right people.

3. Harness the power of social media

Using social media is no longer an option, it’s table stakes. In ‘An Analysis of United States Online Political Advertising Transparency’, professors from New York University outlined the power of social media and how midterm campaigns used each platform to their fullest potential. For small amounts of money, campaigns were able to make hundreds of thousands of impressions.

When Pete Buttigieg threw his hat into presidential ring earlier this year, he, his husband Chasten, and their dogs Truman and Buddy, already had substantial Twitter presences. However that wasn’t enough. They released an entire set of digital assets, social media guidelines, and detailed explanations behind each of his visual campaign aesthetics for influencers and fans to easily support him.

Entertainment marketers should follow suit and use social media’s power and influence to empower their fans to drive earned media and, ultimately, conversions.

What do Republicans love? Their Second Amendment rights, fewer regulations, tough immigration laws and the word “conservative.” Brian Kemp’s ad, ‘So Conservative,’ hits all of these words straight on their heads.

Kemp doesn’t explain how he plans to achieve any of his plans (well, except for deporting illegal immigrants — he does say he will do it himself with his big truck), but his usage of Republican buzzwords makes his name stick in the mind of viewers.

Entertainment has no shortage of buzzwords, so marketers should take the time to find out what your audience is searching for and how often. It will pay dividends throughout their digital content, campaigns, and creative.

5. Apply data and technology to connect the digital dots

Political marketers do a tremendous job leveraging first and third-party voter data to deliver the most relevant message to a voter. They also know the key to layering on tech and simplifying the path to conversion, whether that is through a donation or volunteering, in a native way for that individual voter.

During the 2018 midterm elections, Facebook saw the largest number of ads and ad spend ($89 million – $376 million), according to a NYU analysis. Axios points out that Facebook was likely favored due to its ability to run targeted tests, but notes that it campaigns utilizing these tests isn’t a new phenomenon; President Trump’s 2016 campaign ran 40,000 – 50,000 automated ad combinations a day.

Political marketers may only get one chance to achieve conversions. Entertainment marketers are lucky enough to have multiple chances, so leveraging the science of data and tech to test is a must.

Take what Marvel did for “The Avengers: Endgame” – they used data to roll out 10 custom video ads, enabling them to connect with an audience that traditional media isn’t generally capable of doing. This is where digital shines, unlocking personalized and unique opportunities to deliver results, and more entertainment marketers must lean into.

Knowing how to set a vision and tell your brand’s story is one thing — but connecting with your audience is another. The process can be tricky, but VuPulse leverages valuable technology to take consumers exactly where they consume content and outputs post-click data to make it easier to reach new fans wherever they are; no chasing required.

Ready to add that extra edge to your ads? Contact us to get started today.